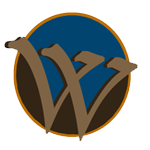 Our youth ministry meets on Friday nights at High Grounds. Teenagers are important to us, not just because the future belongs to them, but because they matter now. God has a track record of choosing teens to accomplish great spiritual feats. From Joseph, to Timothy, to Esther (who won a beauty contest then saved a nation), God has used young people in big ways to do even bigger things.

In 1 Samuel 16 when the prophet Samuel goes to the house of Jesse, it's not the strapping, strutting older brothers of the house that God chooses to be king. It's the underage runt of the litter that got anointed as the future leader of Israel. One chapter later, this kid named David, who was delivering cheese and crackers to his older brothers in the war, got ticked off that a nine foot giant was talking smack against the God of Israel. His anger left an impression on Goliath…a deep one.

But its not just in the Old Testament that God demonstrates his predisposition to choose and use teenagers. For the most part Jesus mostly picked teenagers to be his disciples. In Matthew 17, when Jesus, Peter and the disciples go into Capernaum, only Peter and Jesus pay the temple tax (although all of the disciples are there!) According to Exodus 30:14 the temple tax was only applicable to those twenty years old and older. If I’m reading that right, that means that Jesus was a youth leader with only one adult sponsor…and one really rotten kid.

And God used His "youth group" to reach the world! He can use ours to do the same! Teenagers have been on the leading edge of every major spiritual awakening in the history of the United States. Teenagers are idealists, visionaries and unrealistic. We need this in the world.